SVP Heather Savage on a mission to provide support, find cure for Alzheimer’s 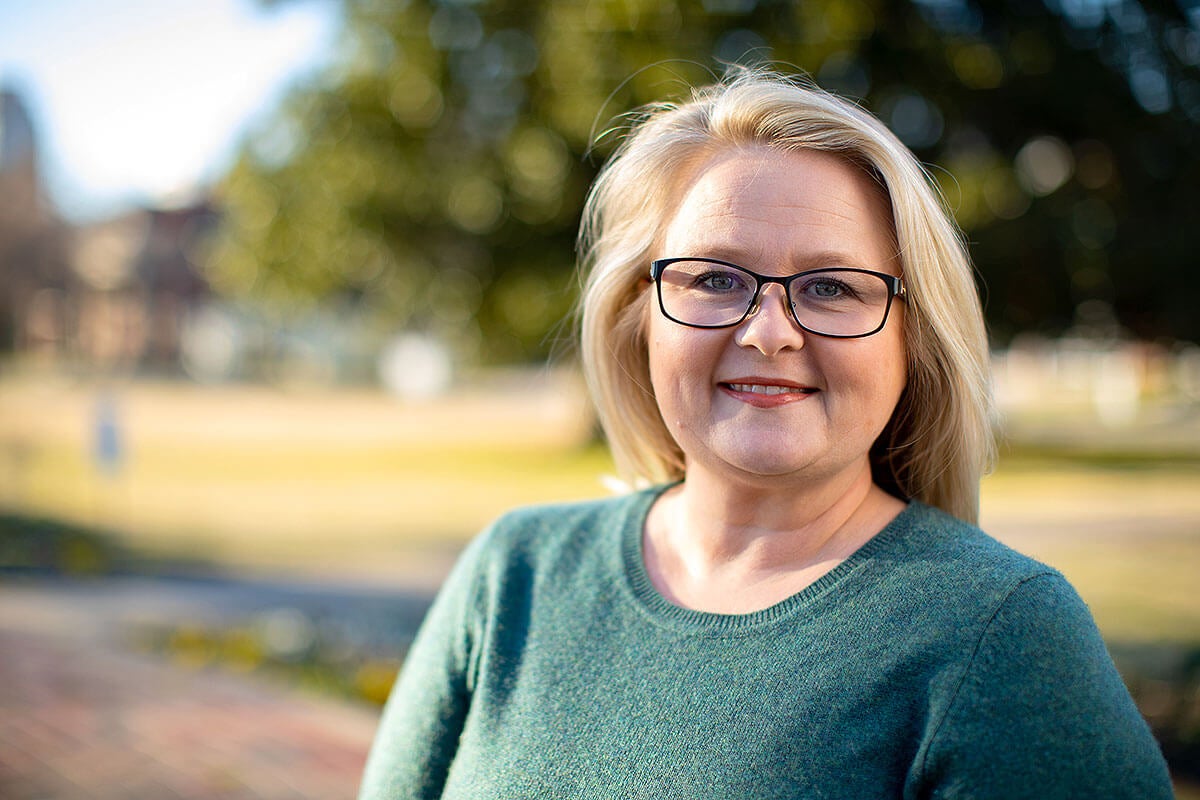 Arkansas Federal Credit Union takes great pride in treating its membership like family. It’s a growing family – now at 100,000 members strong – and one that represents many communities across Arkansas.

These communities are important to Arkansas Federal. After all, its mission is to make a difference for members, employees and the communities they serve, so giving back to the communities where its members live is a vital component to that quest. Heather Savage, senior vice president for human resources, is doing her part to give back to those Arkansans impacted by Alzheimer’s disease.

Savage recently was elected to the board of directors for Alzheimer’s Arkansas and is continuing her work to help find a cure for the disease and support caregivers. The independent, non-profit group helps Arkansas families impacted by any form of dementia, of which Alzheimer’s is the leading cause.

Before her election to the Alzheimer’s Arkansas board, Savage was a long-time volunteer for the organization. For her, the disease hits close to home. Savage’s grandmother suffered from Alzheimer’s for several years and other family members have been impacted by the disease, which affects roughly 75,000 Arkansans.

Savage was ready to take on a bigger role after serving on Alzheimer’s Arkansas committees and volunteering at events for several years. Buoyed by Arkansas Federal’s encouragement of community activism, she asked the organization if she could do more. The organization responded by electing her to the board.

“I’m so grateful for the opportunity to serve on the board,” she said. “It means a lot to me. I was ready to serve in a bigger role. I’m very passionate about finding a cure.”

“There’s been a great focus on the disease, but often not as much focus on the Alzheimer caregiver,” she said. “By supporting Alzheimer’s Arkansas, which provides resources, education and financial assistance to the caregiver, Arkansas Federal gives back to the communities in which we serve.”

In addition to corporate giving, Arkansas Federal employees support these organizations directly through volunteer payroll deductions. In 2018, employee giving accounted for more than $30,000. Plus, paid time off is available each week for volunteering. Savage said this culture of giving back starts at the top.

“Our employees really support this,” she said. “When I became part of the executive team, the expectation was that we become more involved in the community. It’s a priority around here.”

More information on Alzheimer’s disease is available at alzark.org.