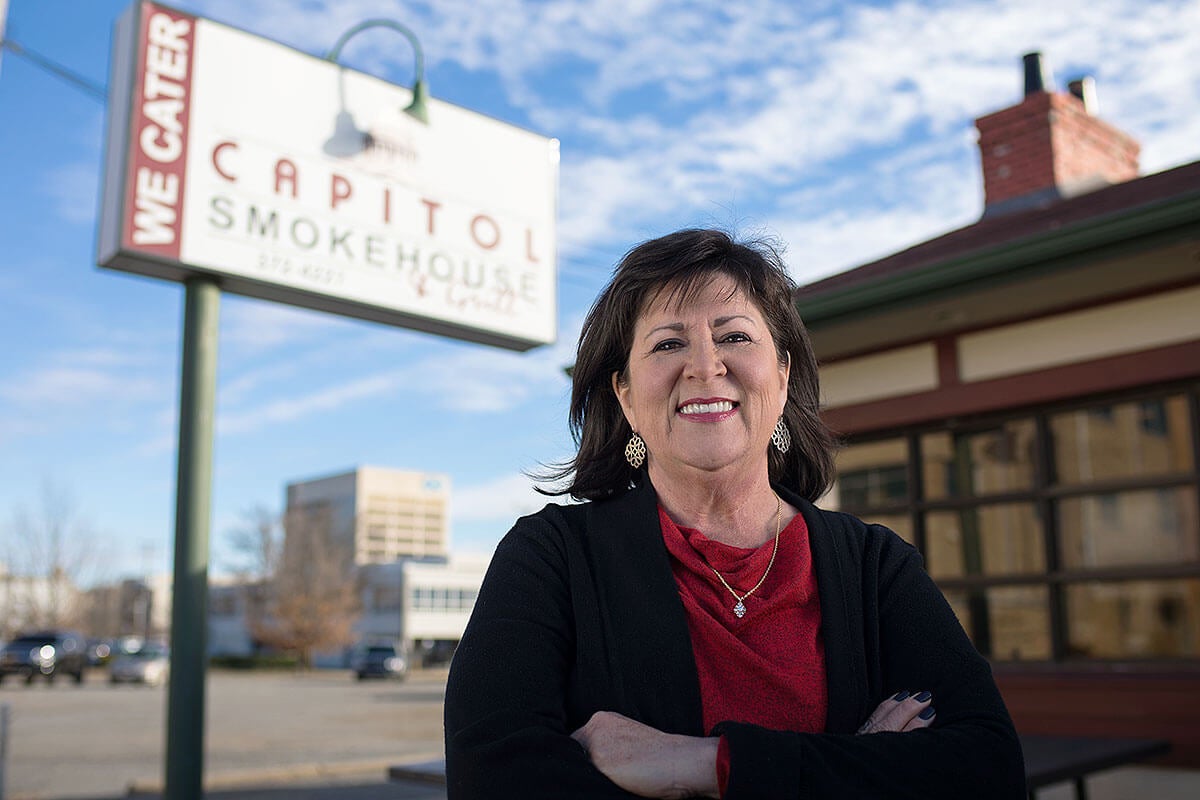 From its strategic location in downtown Little Rock, a stone’s throw from the state capitol and just blocks from droves of hungry office workers, Capitol Smokehouse dishes out some of the city’s best under-the-radar barbecue and home-style plate lunches.

The Smokehouse also caters but lunch, of course, is the restaurant’s bread-and-butter. In fact, lunch is its sole focus and why it remains one of the city’s best-kept secrets. Opened in 2008 by Candy Wilkerson and her late husband, Doug, Capitol Smokehouse serves customers Monday through Friday from 11-2. Downtown workers and state government employees flock to the Smokehouse at lunch.

And just as downtown lunch seekers sometimes discover the Smokehouse after starting out with other destinations in mind, so the Wilkersons came to Arkansas Federal. After launching the business with another local bank, they followed their loan officer, Roane Ashmore, when he left to join the Arkansas Federal team.

They were happy to land at Arkansas Federal but even happier by what they found there. After all, the credit union quietly exists as one of the strongest financial institutions in the state, itself a financial best-kept secret of sorts. Once the move was made to Arkansas Federal, Roane refinanced the Wilkersons’ business loan and quickly secured a better rate. Now Candy does all her banking – business and personal – at Arkansas Federal.

“We always had a good, solid relationship with Roane and now have one with Arkansas Federal,” she said. “We knew he would take care of us. He’s always been straight forward with me.”

As he was about the better deal he could provide at Arkansas Federal. Plus, there’s a big cherry on top — Arkansas Federal’s downtown office is located just down the street from Capitol Smokehouse. Candy can step outside her door and see it.

“Location-wise, Arkansas Federal is really convenient,” she said. “And how it goes above and beyond for its customers really surprised me.”