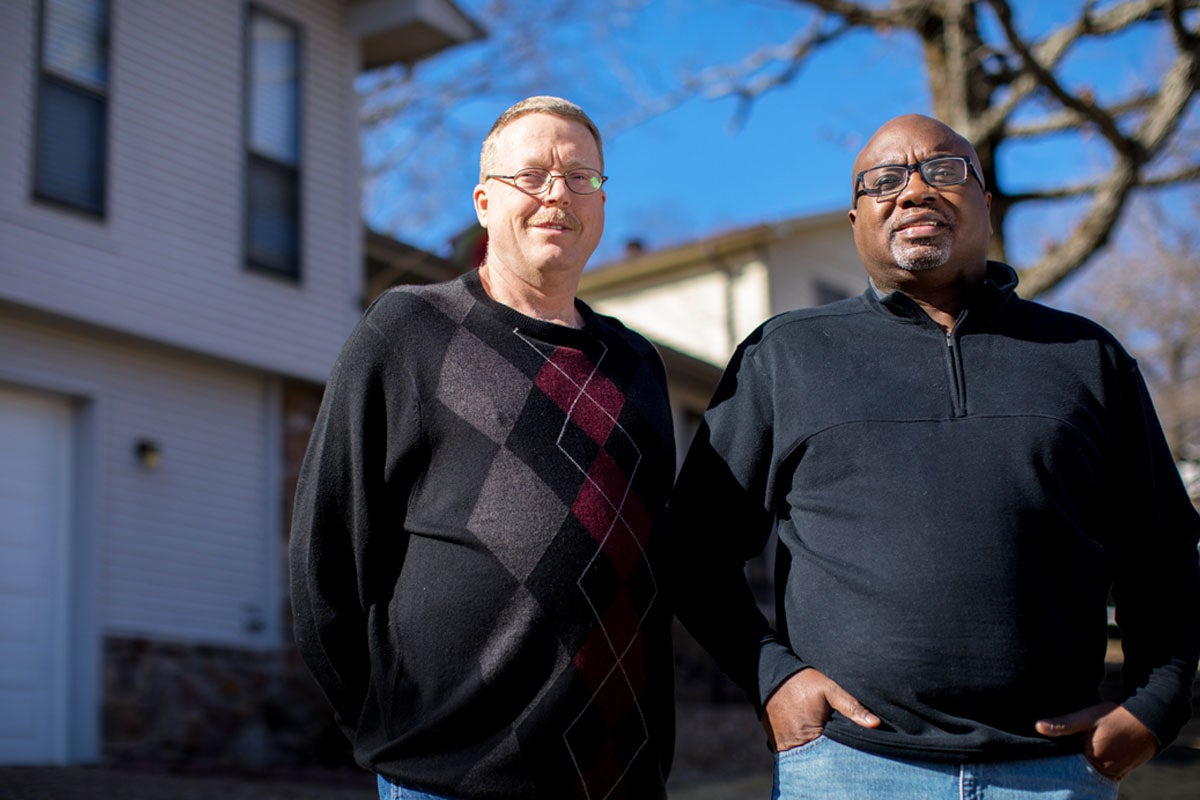 First-time home buyers rightly are wary of the home-buying process. It can be a stressful experience for some, especially those setting up their first mortgage.

For Arkansas Federal Credit Union member Charles Smith, the process of buying his first home was a breeze. Charles and partner Robert Cableton now have a 30-year mortgage with a low interest rate through Arkansas Federal.

Charles shopped rates at the traditional bank where he had a checking account and found Arkansas Federal more affordable. And the ease with which Arkansas Federal helped guide the couple through the process was an unexpected surprise.

“This is the first mortgage for us,” Charles said. “It was a lengthy process, and they walked us through it from the beginning. Anytime you’re getting a mortgage, it’s going to be stressful. Working with Arkansas Federal was nearly painless.”

Charles said Arkansas Federal was helpful, explained details and kept him updated. He believes he got more attention than he would’ve received at a traditional bank.

“It’s hard to compare the service to other banks or credit unions because this is our first house,” Charles said. “But on a scale of 1 to 10, I would rate it a 9. We love our closing gift, which included an ottoman…it’s sitting in the living room right now.
“I will definitely recommend Arkansas Federal to others.”